I have been meaning to do this the past couple of days but I have been recovering from one of the most fun/tiring vacations that I have been on in a long time! This will be a long post as I have a lot of photos to show! To start our journey we woke up at 3:30 AM to get ready and leave for the airport which is 2 hours away. After the drive and a minor freak out(by me) we finally arrived and boarded the tiny plane(I hate walking out on the tarmac to board). Both flights were smooth and we arrived in Orlando around lunch! Tyler picked us up and our whirlwind weekend began.We went to our resort which I highly recommend! Port Orleans French Quarter is the smallest of the Disney resorts so even though it was booked it wasn’t even crowded and the grounds were so pretty and well kept. Our room was near the river and the entire resort had just been renovated. Next we went to meet up with Laura who had picked up our tickets the week before and she even let us into the park for the day which was a surprise. So promptly we decided to cancel our dinner reservations and go play in the park for the rest of the day!! We headed to Hollywood Studios(MGM) and of course rode some favorites like Rockin’ Rollecoaster and Tower of Terror and we ate at Pizza Planet! After the park closed we headed back to the resort for some pool time in the awesome Mardi Gras themed pool. Mike’s friend Scott came to hang out and we had a great time! It was an extremely long day but I didn’t even feel tired! 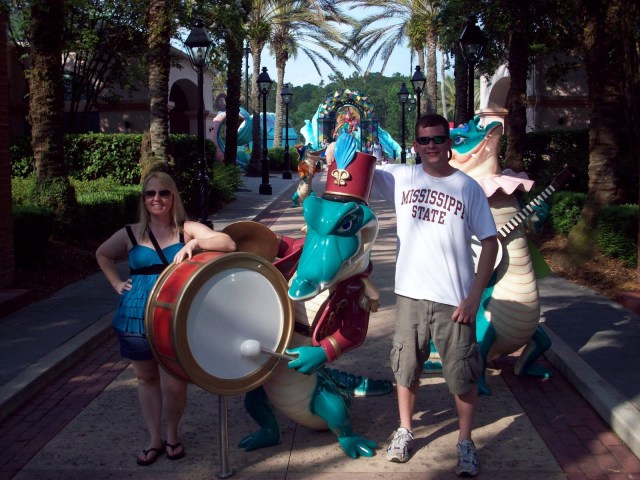 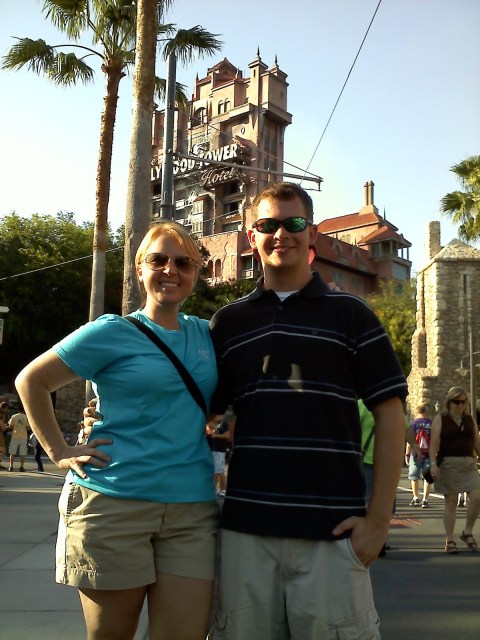 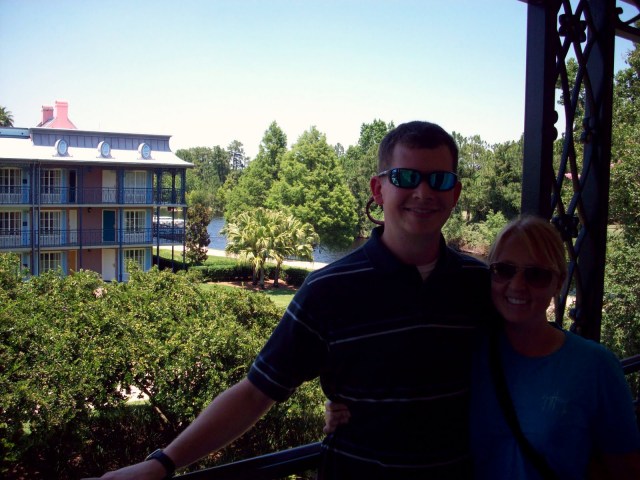 The next day we had breakfast reservations at Chef Mickey’s in the Contemporary resort. We were out the door at 6:30 AM as our reservations were a little after 7. And all three of us were pretty excited about the Mickey waffles and of course the characters!! Breakfast was delicious and it was a perfect start to a great day at the Magic Kingdom. The park actually was not that busy and we rode pretty much everything we wanted to by noon. We were all pretty exhausted and hungry again haha so we went back to the resort where I took a much needed nap and the boys rode the boat to Downtown Disney to dine at Earl of Sandwich. After a dip in the pool we were refreshed and ready to head back to the park to ride some more and for the fireworks! This was my favorite day we spent in Florida. Everything was pretty much perfect! 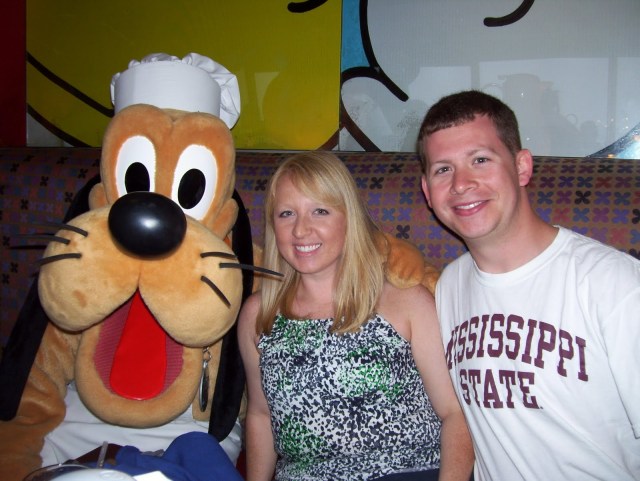 Saturday we awoke early again and headed to the cafeteria at the resort and indulged in some beignets for breakfast and then we proceeded to Epcot where we began by going to The Land where we were given a wonderful backstage tour from our old boss Les. So much had changed there and everything looked beautiful! I cannot wait to return again to see what they have added and improved. Next, we proceeded to meet up with the group for the annual drinking around the world. Everything started out great but as the day progressed it got hotter and hotter. Temperatures were record breaking and it was ridiculously hot. I spent most of the day trying to find any bit of shade I could. It was a great day with a lot of wonderful food such as fish and chips in the UK, bratwurst in Germany and Mike had some Chinese food. Later Nancy came to meet us and we had some Mexican beverages! Delish! It was wonderful seeing everyone that day. We arrived before the park opened and left after closing! Needless to say we were exhausted and were all asleep by 11! 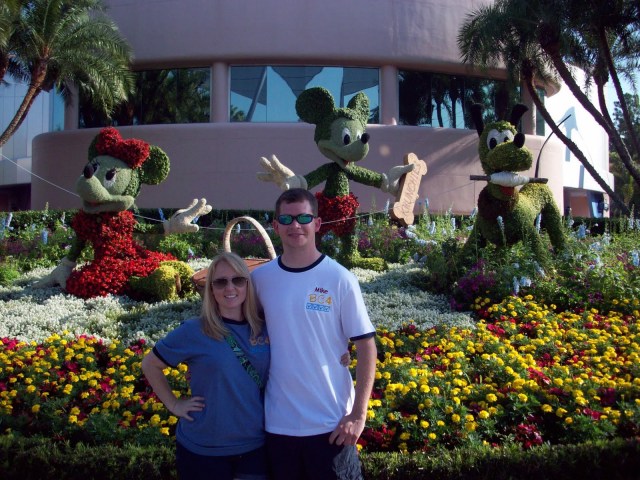 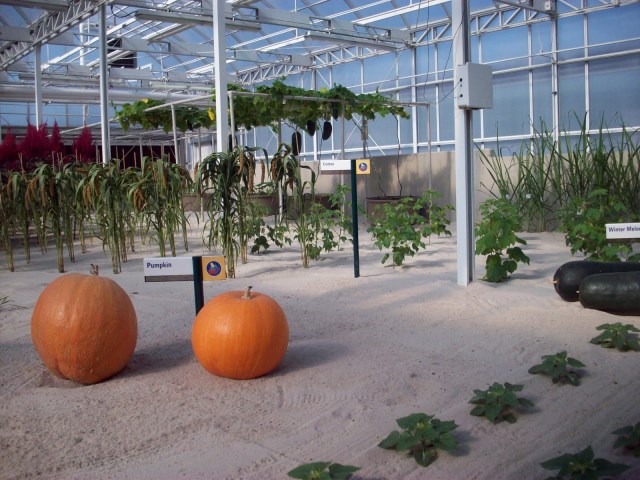 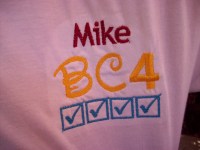 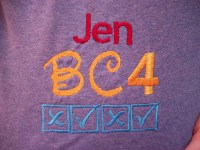 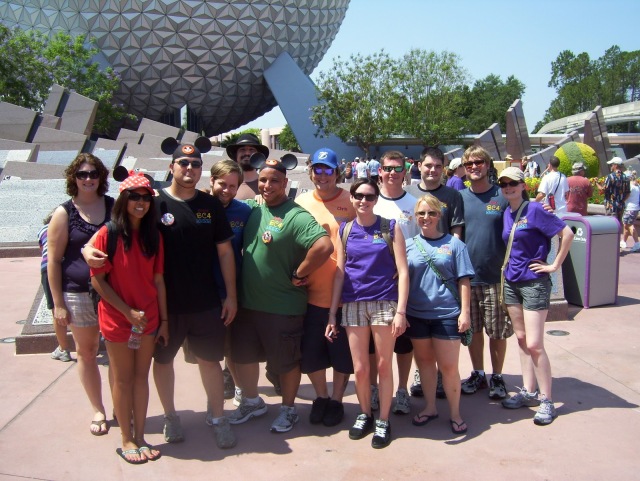 Although we were all exhausted we awoke refreshed and headed to Hollywood Studios again to culminate our trip. We rode the new Star Tours ride twice, and truth be told I enjoyed it more than I thought! We also finally made it onto Toy Story Mania!! Lunch was at the Sci-Fi Dine in Theater where we ate in our own car. After one final ride on the Tower of Terror(my favorite ride in all the parks) it was time to go 😦 Back to the airport we went and headed back to Mississippi. It was a very memorable trip and I cannot wait until the next vacation but maybe next time we will plan something with a little more relaxing as we are still recovering from last weekend!

I need to give a special thanks to Kim and Rob for taking care of our precious Pumpkin for the weekend! And a thanks to Tyler for some of the photos!

The song that I am listening to has a great summery and beachy feel. It’s a perfect summer song and it really makes me want to go to an island and just relax! Enjoy! Knee Deep – Zac Brown Band featuring Jimmy Buffett