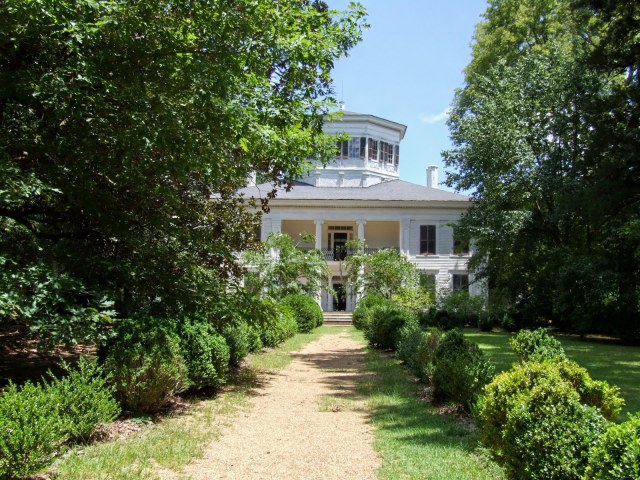 This past weekend we had some spur of the moment visitors which we couldn’t have been happier about! This was the very first time someone came down here to visit so of course I was very excited to be able to entertain and show them around. Although I wish it could have been all of the Arnold’s(dogs included) Mike’s mom and sister were great sports as Starkville is not known for having a lot to do! They arrived soon after we ended work on Friday and were gone first thing Sunday morning so it was quite the whirlwind trip for them. We enjoyed a nice meal at the Veranda the first night and did some catching up. The next day we hit the ground running giving them a tour of the campus and of Mike’s fish research at South Farm. Next, we headed to West Point to tour the Waverly Mansion. The mansion was built by Colonel George Hampton Young of Georgia in 1852 and was a self-sustaining community complete with gardens, orchards and livestock. It maintained a brick kiln, cotton gin, ice house and swimming pool with a bathhouse. In later years, Waverley had its own lumber mill, leather tannery and hat manufacturing operation. The decline of Waverley began in 1913 with the death of Col. Young’s last surviving son, Captain William Young. For almost 50 years the Waverley stood alone enduring plunderers, harsh weather and vandals before it was bought in 1962 by the current owners the Snow family. We were given the tour of the place by one of the Snow’s daughters who moved to the house when she was only a child so she knew a lot of history about the place. The house not only has historical history but a little bit of supernatural as well. According to Ms. Snow a ghost of a young girl haunts the mansion. The girl was one of the daughters of the builder and original owner. She is apparently a friendly ghost as they have had nothing bad happen concerning her. We were told that other guests have heard her calling for her mother in the garden. We had no sightings of the girl but there are a lot of paranormal websites devoted to proving that her presence is actually there. The home was a beautiful design and I can just imagine what it looked like when it was brand new. We ended the day with a delicious meal at Old Venice and some more visiting. The trip ended too soon and we hope to have visitors again sooner than later! 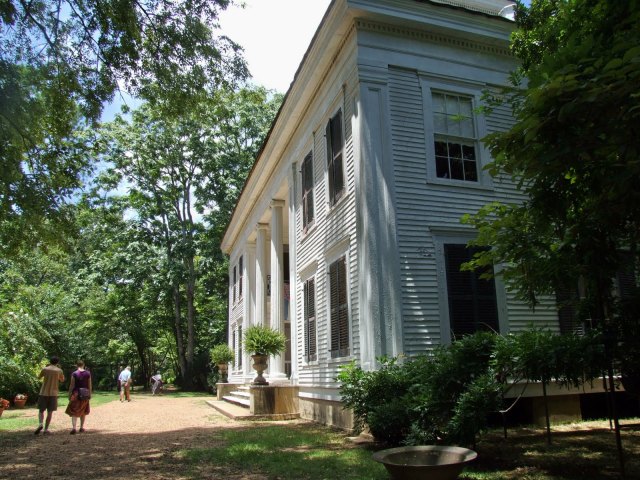 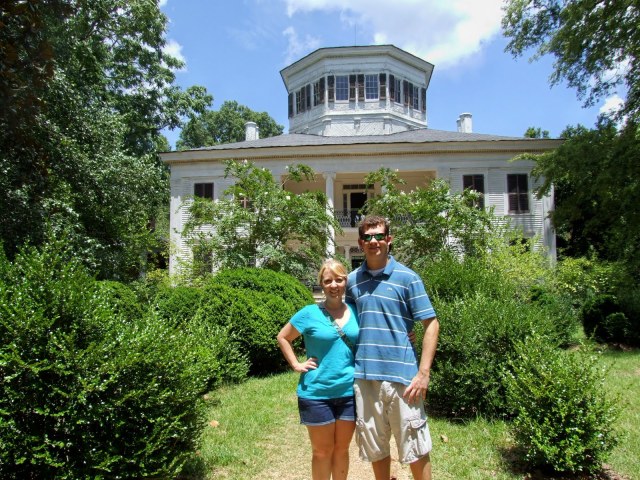